Based on the premise that Robert Frank's The Americans changed the world history of photography, Fotografías 1930-1943 presents a corpus of images from Argentina's public archives that raises new questions: Did the aesthetics founded by Frank already exist in other peripheral countries such as Argentina? Would Frank have become who he was if he was born in a country of the Global South? As researcher Veronica Tell argues, Fotografías 1930-1943 is a historiographical provocation. The formal associations with Frank –that unstructured and critical gaze that is attributed to his images and that was able to deconstruct the canon of modern Western photography– are elements present in the vernacular photographs selected from the General Archive of the Nation. The Americans is evoked here through formal and material relations in order to think about how, from the periphery, other images produced for another use possess similar characteristics, highlighted, pointed out and sequenced through the gaze and editing work. At the same time, Fotografías 1930-1943 is presented as a chronicle of everyday life in Buenos Aires in the 1930s that opposes the modern proposals of the time, such as the photographs of Horacio Coppola or Grete Stern. Highlighting the ways of life in this city, the work delves into the Infamous Decade, a historical period that began with the first civic-military coup of the twentieth century in Argentina, characterised by corruption and electoral fraud. 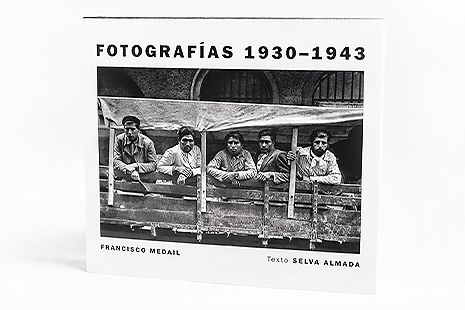