In the opening speech of his retrospective exhibition, MZ declared himself to be a militant of direct photography, which is characterized by the direct shot and the ability to "capture the essence of things". In this sense, he expressed his rejection of curators educated in art history, who “work on the field of photography without knowing anything about it" and “they are accomplices in making contemporary production more and more like interior decoration", because "they want to make photography something that is not".
In response, a new curatorial text was distributed. It attempts to establish a temporal distance from MZ's work and position the author as a social subject within a specific context of art history. Starting from the possibilities of the curatorial format, the writing does not attempt to confront the artist, but rather to understand his aesthetic-political discourse within a certain framework of thought, which explains the causes of his monological perspective and relativizes the univocal meaning that MZ tries to impose on the photographic medium. 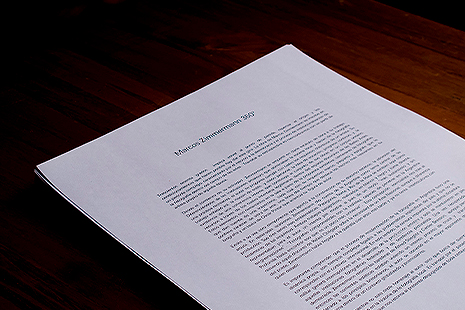